009 A Cold Winter in San Marcus 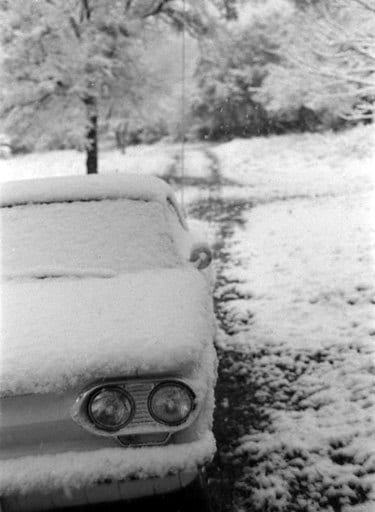 Part 9 A cold Winter in San Marcos: In 1964 I was living in a little house near campus, a shorter walk than those living further up the hill west of campus. I had my darkroom next to the house, and I was riding an old motorcycle which finally ended up in 2-wheel graveyard. The winter was rather cold, but it was a real surprise to wake up one morning to see SNOW all around. So, what should a photographer do, I took a few pictures of the snow on many things that were around the house. What was around the house? A good example was snow on my 1961 Corvair Monza, which was the workhorse for pulling my darkroom around Texas.